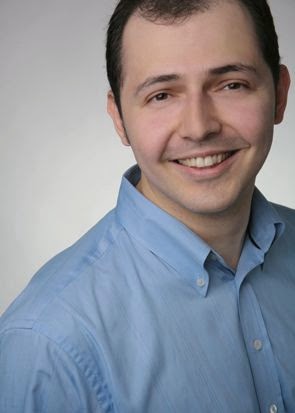 -       I, Alexander Cherkasky, am award-winning and media-highlighted
biologist (finished the Heinrich-Heine-University of Dusseldorf) and
inventor of new causal therapies, cures for cancer, Alzheimer’s
disease, autoimmune diseases such as multiple sclerosis and diabetes,
new technologies for rapid, low-cost DNA sequencing (for personalized
medicine, and preferable sequencing of genomes of marine organisms and
useful plants), as well as I have inventions of new materials,
diagnostic, test and control systems and lubricants.

-       In 1999 and 2000, as student at Goethe-Gymnasium in Dusseldorf, I
partaked in scientific competition Jugend forscht “Youth researches”
with theoretical problem solutions, i.e. inventions of cures for
Alzheimer’s disease, autoimmune diseases and cancer.

-       Adjudicators of the “Youth researches” stated in 1999 and 2000 that
I do not have results of clinical studies (it was a cynical
requirement from a school student) and that  I am still student at
school, I shall do Abitur (finish school) and then make Vordiplom and
Diplom (finish University). My status was considered also as reason
for a denial of joint commercialization through joint company
foundation or licensing.

-       The inventions I presented on “Youth researches” in 1999 and 2000
evoked interest of media and about me and inventions of mine reported
known media including Stern (The Star), Bild der Wissenschaft (Picture
of Science), Rheinische Post (Rhein Post), Westdeutsche Zeitung
(Westgerman Newspaper), Neue Rhein Zeitung (New Rhein Newspapre) and
other media.

-       In 2003 I partaked on the international competition of inventors
IENA (Ideas-Inventions-New Products) in Nuremberg and won bronze medal
and got the honorary certificate for my invention of novel anticancer
fusion proteins. IENA is the largest international inventors
competition in Germany already over 60 years.

-       You will find my economic proposals, including establishing the
Inventions Implementation System for dynamic problem solutions on my
blog: http://cherkaskysneweconomicmodel.blogspot.com/. This system
shall proof and  create solutions for problems of people and work
independently from status of inventors and in addition to firms and
academic and research organizations.
These proposals concern all people, especially because everybody could
need inventive, innovative biomedical help in order to heal, to treat
a disease causally.

-       By doing searches (novelty searches for new inventions) I found,
that several various inventions of mine were successfully
experimentally implemented and confirmed, i.e. the feasibility and
perspectives of my inventions, (i.e. inventions for which I have
clearly documented priority) especially of cures for autoimmune
diseases and cancer and inventions for fast, simple and inexpensive
DNA sequencing, were clearly demonstrated by other scientists.

1. The German and American company Micromet (NASDAQ: MITI), which was
sold to Amgen, has experimentally confirmed my prior inventions of
anticancer fusion proteins and my invention of the fusion proteins
against autoimmune diseases (so called Fc-Autoantigen Fusion Proteins
(against multiple sclerosis and diabetes), e.g. Fc-AchR against
Myasthenia gravis). Micromet ignored my published comments on Google
Finance, in Discussion Group about Micromet. Please see the following
links:

Micromet got income through selling stocks and licenses.
Micromet’s issued by error of examiner Mertz US patent US7323440 (each
US patent issued by error of examiner can be invalidated/rejected
after reconsideration or reexamination of the United States Patent and
Trademark Office (USPTO)) (Filed: February 12, 2003, filed in the US:
May 23, 2005 (after publication of my DE10160248 in 2003), claiming
foreign priority of February 13, 2002, US patent issued: January 29,
2008) is not new because of my prior DE10160248 (Filed: December 07,
2001 and published on July 26, 2003). The antiautoimmune cure formula
Fc-Autoantigen, e.g. Fc-AchR is identical in my prior document
DE10160248 and in Micromet’s US7323440. In example 20 of US7323440 is
stated “Inventive, Illustrative Fusion Protein AchR-Fc”, examples
19-24 concern feasibility of AchR-Fc and about  feasibility is stated
in example 24: “Antibody titers against AchR were significantly
reduced in those groups of animals treated with the recombinant
AchR-Fc protein suggesting a depletion of autoreactive B cells
directed against AchR.” My inventions of antiautoimmune proteins with
the general formula Fc-Autoantigen, covered in my prior DE10160248,
which Micromet wanted to steal in his issued by error of examiner
Prema Mertz US patent 7323440 include:

The anticancer (antileukemia) drug candidate “Blinatomumab” of
Micromet covered by US7635472, US7235641, US20070249529, US20090291072
and US20090022738 is not inventive because of my prior DE10162870
(Filed: December 20, 2001), DE19925052 (Filed: June 01, 1999),
DE10161899 (Filed: December 17, 2001) and DE10161738 (Filed: December
15, 2001) covering anticancer fusion proteins. The novel (single
chain) fusion proteins covered by my DE10162870 “Fusion Proteins
against B Cell Tumors” bind both T cells and (preferably) B cells (or
other cells) and direct T cells against B cells (or other cells). This
my patent application DE10162870 was rejected by examiner Christa
Pitsch-Machacek (German Patent and Trademark Office, Deutsches Patent-
und Markenamt, DPMA), and this examiner Pitsch-Machacek was also
examiner for Micromet and its research director Patrick Baeuerle. Dr.
Pitsch-Machacek considered German patent applications DE60203324,
DE69911793, DE69909459 and DE69233068 of Micromet and DE4311835 of
Patrick Baeuerle. Also my German patent application DE10160248
covering fusion proteins with formula Fc-Autoantigen against
autoimmune diseases was also rejected by examiner Pitsch-Machacek.
This Pitsch-Machacek rejection of my DE10162870 covering anticancer
fusion proteins and DE10160248 (covering my antiautoimmune fusion
proteins) helped Micromet to commercialize my anticancer and
antiantoimmune inventions, i.e. inventions I have clearly documented
priority. Paradoxingly, the current President of the German Patent and
Trademark Office Rudloff-Schäffer stated, that she investigated this
case and trust Pitsch-Machacek whereby Pitsch-Machacek assured
Rudloff-Schäffer, that Pitsch-Machacek does not know Micromet. If
Rudloff-Schäffer would really investigate this case, she would find,
that Pitsch-Machacek was examiner for Micromet and Baeuerle.

2. The American company Halcyon Molecular (mentioned in the article of
Eric Schadt (Nr. 43), in the list of references in the article “DNA
Sequencing” in Wikipedia) is based on my German patent DE19937512 for
fast genome sequencing and this my patent was cited in the key US
patent US8153438 (my patent was cited in references as foreign patent
document and in other references) of Halcyon Molecular, but this
company does not have priority, and this US patent of Halcyon
Molecular is not new and not inventive.

In this US patent US8153438 is stated, that Richard Feynman dreamed in
1959 about direct researching DNA by using electron microscopy. 20
years later, in 1979 F.P. Ottensmeyer stated that an easy and accurate
reading from a single molecule was not possible, because of the
uncontrollable placing of DNA. And also 20 years later, in 1999 I
proposed the optimal solution in my patent DE19937512.

In this patent DE19937512 I proposed the combination of controllable
placing, stretching (extending, aligning, elongating, straightening)
DNA (whereby stretching DNA is combined with DNA immobilization) and
sequencing by electron microscopy. Please see the link to the issued
by error of examiner US patent US8153438 of Halcyon Molecular:

Also American inventor R. Bension mentioned me and my German patent
DE19937512 for fast genome sequencing in his US patent US7163658. This
his US patent was basis for his research published in Small
(B.A.Ashcroft et al “An AFM/Rotaxane Molecular Reading Head for
Sequence-Dependent DNA Structures” Small 2008, 4, No. 9, 1468-1475).

Ying-Ja Chen, Eric E. Roller and Xiaohua Huang (in their article „DNA
sequencing by denaturation: experimental proof of concept with an
integrated fluidic device”, Lab Chip, 2010, 10, 1153
D0I:10.1039/b921417h, (published online 2010 February 9) and published
in final edited form as: Lap Chip. 2010 May 7; 10(9): 1153-1159)
confirmed feasibility of my invention of rapid, simple and
low-cost/inexpensive DNA sequencing by denaturation. My German patent
DE102008037890 “Method and Device for Sequence Analysis of Nucleic
Acids” (Filed: August 15, 2008, published: April 08, 2010) discloses
the invention of DNA sequencing by denaturation/unwinding (claim 1b)
and detection by using optical methods including spectral analysis and
microscopy (claim 1c). Denaturation occurs through heating or
denaturating substances (claim 6c and 6e). Sequencing by denaturation
and renaturation is also disclosed in claim 3. The combination of
denaturation of double-stranded DNA preferably by heating and
sequencing by using optical methods including microscopy was also
disclosed in the claims 1, 2 and 9 of my German patent application
DE19937512 A1 for fast genome sequencing.

Kyohei Terao, Masao Washizu and Hidehiro Oana (in their article
“On-site manipulation of single chromosomal DNA molecules by using
optically driven microstructures”, first published in Lab on a Chip as
an advance article on the web 23 rd June 2008, (Lab Chip, 2008, 8,
1280-1284)) described controlled DNA winding around one bobbin or two
bobbins and confirmed feasibility of my invention. My prior German
patent DE19929530 “Method and device for fast genome sequencing”
(filed: June 28, 1999, published as patent application: January 04,
2001 and published as patent: May 24, 2006)  discloses the picking up
DNA and controlled (controllable) DNA winding around the bobbin or
bobbins (for example claim 1 of my patent DE19929530). Please see my
blog http://alexandercherkasky.blogspot.com/.

3. The Nobel Laureate Joshua Lederberg (please see the blog:
http://alexandercherkasky.blogspot.com/) (in his US20040033584
“Therapeutic use of particles displaying pathogen-specific moiety”
(claiming priority of December 21, 2002, i.e. after publication of my
prior DE19818938 on November 04, 1999) and the company Vector Logics
(David Curiel in WO2006119449, Filed: May 04, 2005) confirmed my
anticancer invention of genetically modified anticancer viruses with
antibodies or receptors for recognizing cancer cells, which was
described in my prior patent application DE19818938 (filed in 1998).

Thus the inventions I propose (and proposed as school student) are
implemented and confirmed (the feasibility was clearly demonstrated).

Google proposed search for Novel Cherkasky fusion proteins (by
entering my name in Google search) and Google published my US patent
application US20080200652 for Novel Cherkasky antibody-binding
proteins (which are blockbusters in biotechnology, because these my
fusion proteins can be used both for therapy and diagnosis and can
enhance, boost therapeutic effects of available antibodies) on Google
patents and other my US patent applications on the Google service
Patent Alert.  Please see the following links:

My German patent documents were basis for other scientists who
referenced/cited these my patent documents in their US patents
(US7902156 and US7557182 cited my DE19953696 covering cures for
Alzheimer’s disease, other neurological diseases and cancer, US
7999073 cited my German patent DE19925052 covering novel
pharmaceutical preparations especially for use in gene therapy,
US8034766 referenced my DE19822406 (presented by “Youth researches” in
1999 and highlighted by Stern (The Star)) against prions and for prion
decontamination (the Assignees for the US patent US8034766 for prion
decontamination are E I du Pont de Nemours and Company and University
College London) and as mentioned above, the US patents US8153438 and
US7163658 referenced my German patent DE19937512 for fast DNA
sequencing, whereby the US patent US8153438 of Halcyon Molecular for
fast sequencing is not new and not inventive because of my German
patent DE19937512).
My patent application DE19822406 (filed: May 12, 1998 and published:
November 25,1999) covers protease-(containing) fusion proteins for
specific elimination (selective proteolysis) of pathogenic proteins
such as prions, amyloid proteins, oncoproteins, immune complexes and
other dangerous proteins. It means that my DE19822406 discloses cures
for nephritis (glomerulonephritis), arthritis, uvetitis, vasculitis,
other immune complex and autoimmune and inflammatory diseases, prion
diseases, cancer and Alzheimer’s disease.